HITLER, SPEER & GERMANIA - Kindred spirits with architectural delusions of grandeur. A walk themed on the legacies of the Third Reich around the old and new government districts. 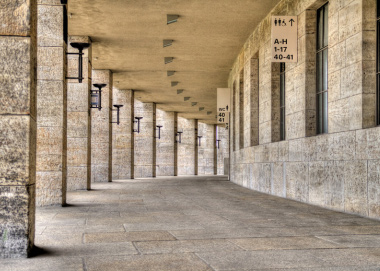 Nothing remains of the New Reich Chancellery, once Hitler’s seat of power on Wilhelmstrasse. Today, last generation East German prefabricated concrete buildings define the look of the former Prussian/German government mile. And yet the so-called Thousand-Year Reich has left countless traces behind in the centre of Berlin, as it has throughout the city. Over the course of this approximately two-hour walk, I will show you the architecture of the National Socialists’ most important buildings in the area around the Brandenburg Gate. We will go to the original sites of this darkest chapter of German history and, using pictures and the relics of this era that still remain, get a clear image of the buildings and their architectural impact.